One of the many fun things when I started collecting radios was that there were cool ones I could afford!  Organizing some old photos recently, I came across shots of some of my early radio acquisitions.  Among those I collected were Crosley “Bullseyes” and Motorola “Jets”. 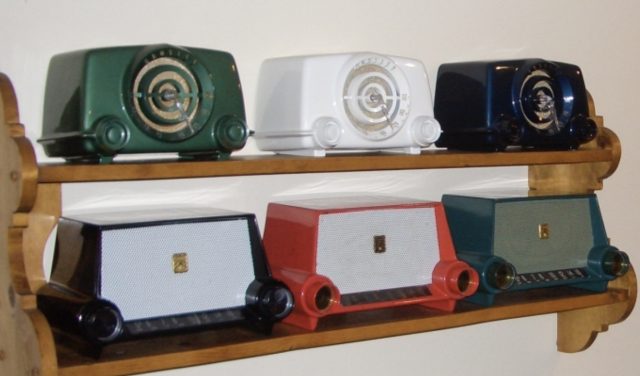 The top row of Crosley “Bullseye” radios are reminiscent of 1950’s cars.  They have speedometer-looking dials, shiny baked-on paint, and fins that actually foreshadowed what was to come on automobiles.  These Crosleys came out in 1951 as part of what Crosley called “Coloradios”, because they came in a variety of colors. 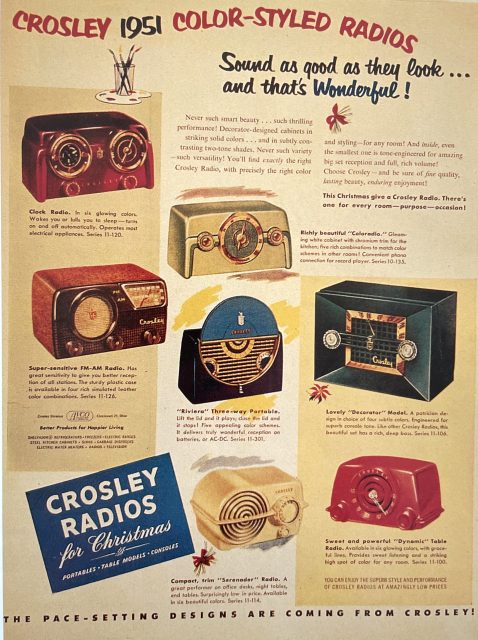 This advertisement shows the Crosley lineup in 1951.  It includes what are called “dashboard” radios.  The D-25 clock radios, and the Series-10 radios with the large chrome circular grilles, do look like dashboards.  My first one was white, and my second was metallic silver-green.

Here’s another old photo of part of my collection in the early 2000’s.  You can see the entire bottom row is all Crosley radios. 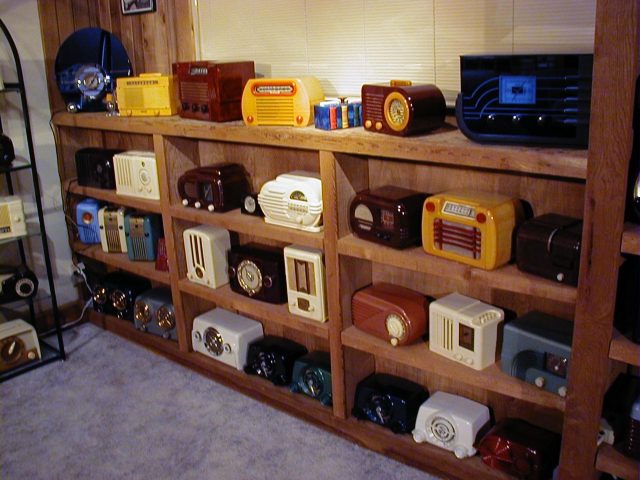 If you click-to-enlarge the photo, you’ll see a D-25 clock radio in dark metallic blue, a white Series-10 Crosley with the large chrome center dial and two chrome knobs, four Bullseyes, and a red “Left Bullseye” from the “Serenader” series. 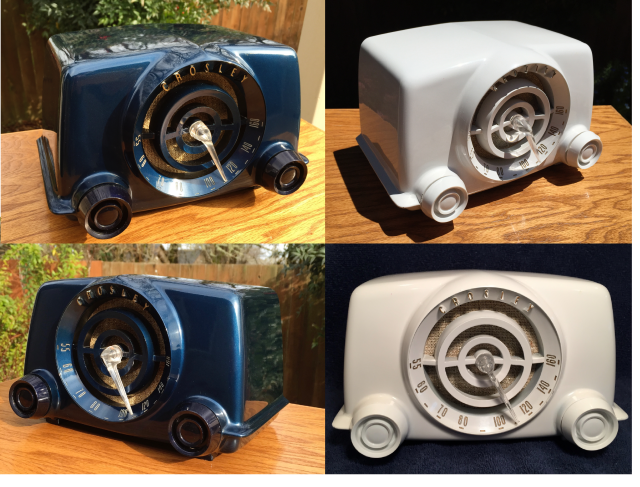 Here’s a much better look at the style of the Bullseye radios.  The design is wonderfully compact, combining the speaker and dial, plus a symmetrical case.  The metallic blue paint was beautiful.

To show how good the colors of Crosley radios look together, here’s a stack of them belonging to a radio friend, John O’Connor. 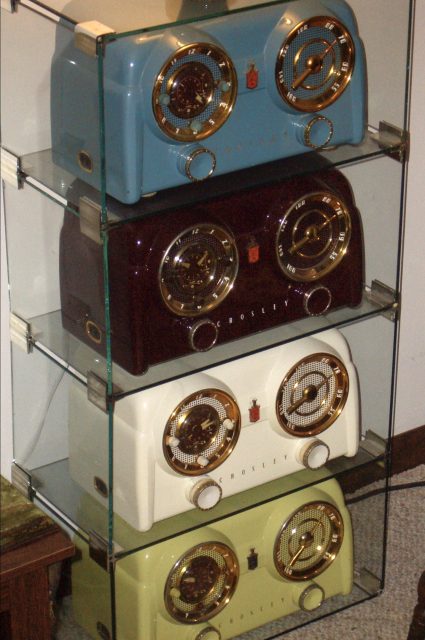 Motorola used the style of newly developed jet airplanes for their 53-H radios in 1954. 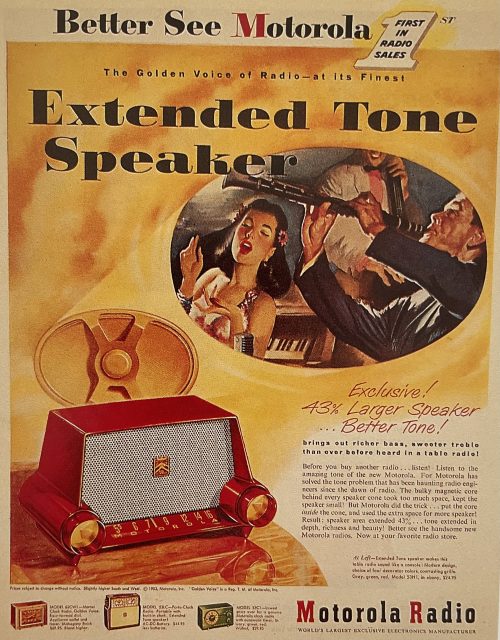 Besides the cool style, Motorola promoted the fact that the fairly small table radio had a large speaker for fuller sound. 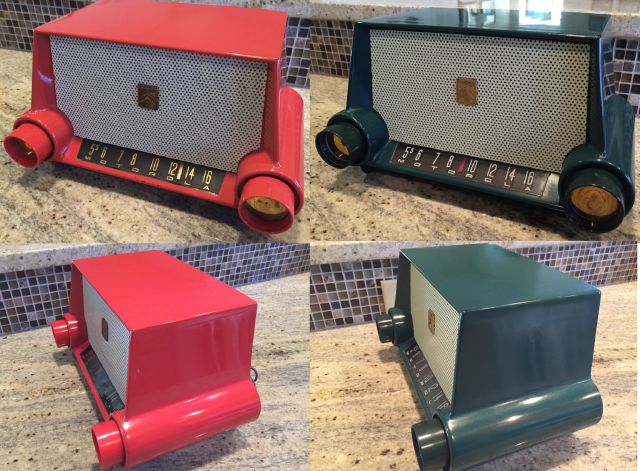 Motorola called the color “red”, but most people would call it pink.  The side shots show the swept back design with what looks like jet engines on the sides.  Here’s the black Bakelite (not painted) version. 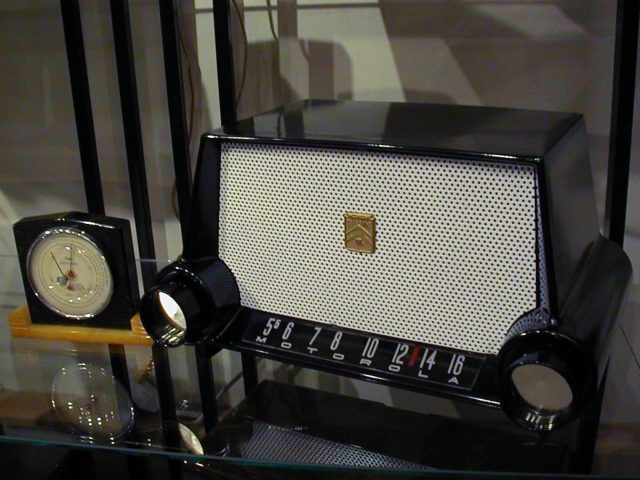 More ‘50’s radios that were once on our shelves: 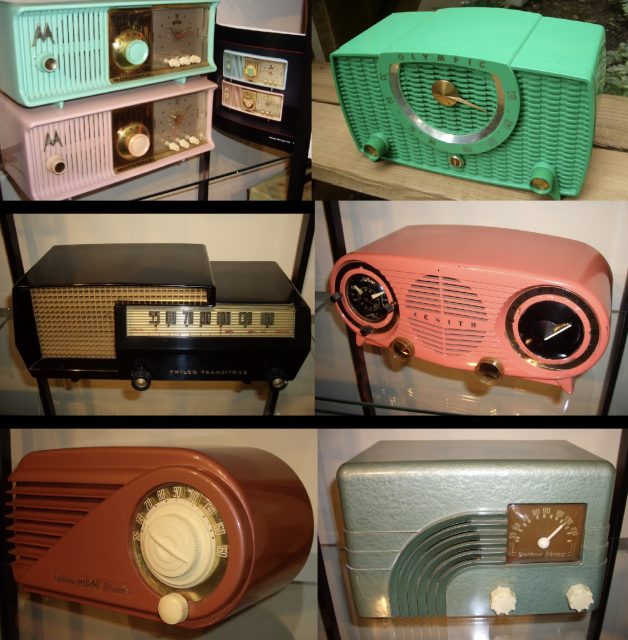 The reality of radio collecting for me was that I routinely sold the lower cost radios to help buy more Catalin radios from the 30’s & 40’s.  Also, prior to moving across the country in 2008, we sold a lot of our collection.  By 2013 my remaining ‘50’s radios fit into a small cabinet. 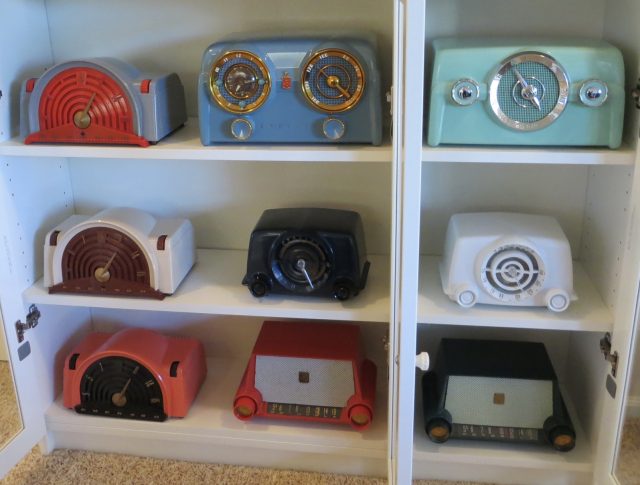 Why were these the last ones?  The two Crosley dashboard radios were near mint versions of the two hardest to find colors.  The Bullseyes & Jets were the ones I liked best.  And, the three Emerson 744B’s were some of the most collectible radios from the decade of early Rock & Roll.  With the selling of the majority of my radios in 2018, my ‘50’s radios were gone…but not forgotten. 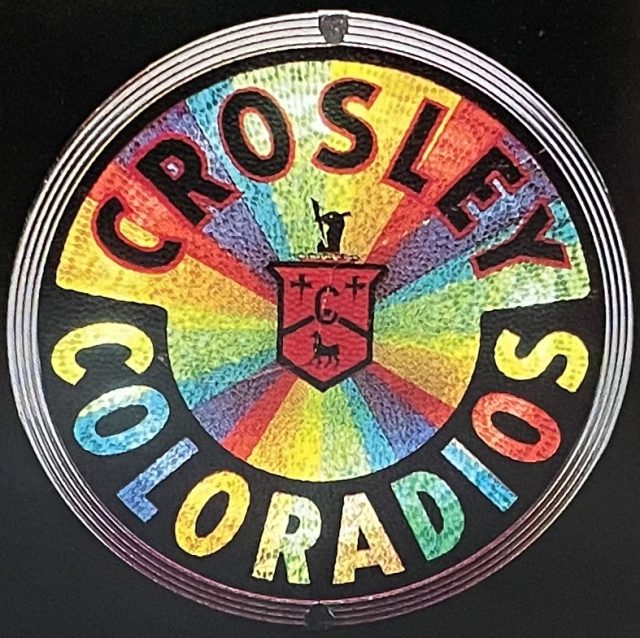