The 1939 DeWald Catalin Model 561 “Jewel” is “somewhat obscure and difficult to find” according to Classic Plastic Radios of the 1930’s and 1940’s author John Sideli.  In fact, he only found one example for his book, a yellow and red model.

When I spotted the below radio on eBay many years ago, I wanted to buy it. 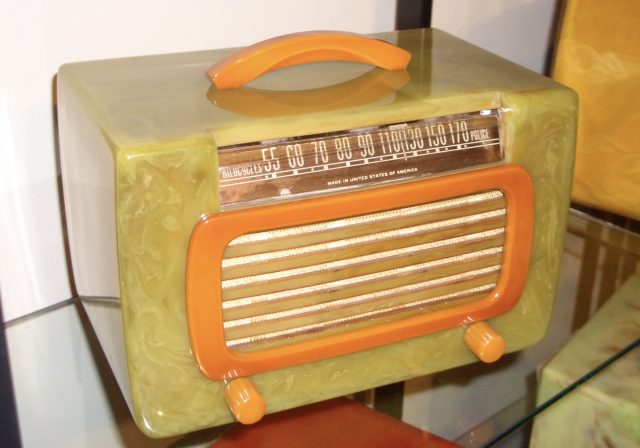 Except it didn’t look like that, and it wasn’t even listed as a radio.  Instead, it was in multiple listings, because the seller had taken the radio apart, and was selling it in pieces.  There were separate listings for the chassis, the case, the trim ring, the knobs, and the handle.  In order to get the radio, I had to win each auction.  The listing times were very close together, so it had to be done efficiently.  Of course any failure would be problematic.

The case was perfect, although it had to be polished back to it’s original translucent green onyx color.  It came out beautifully. 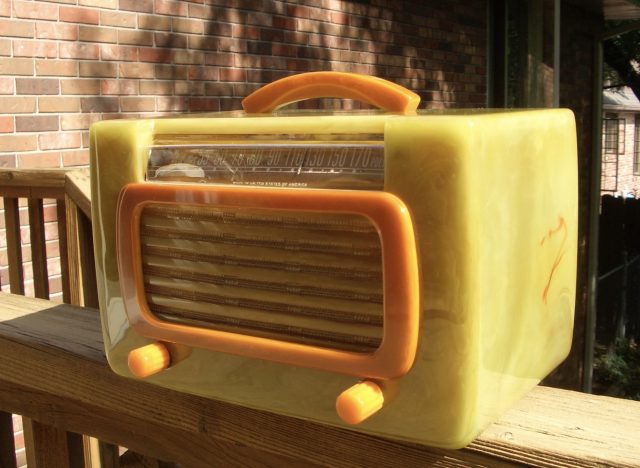 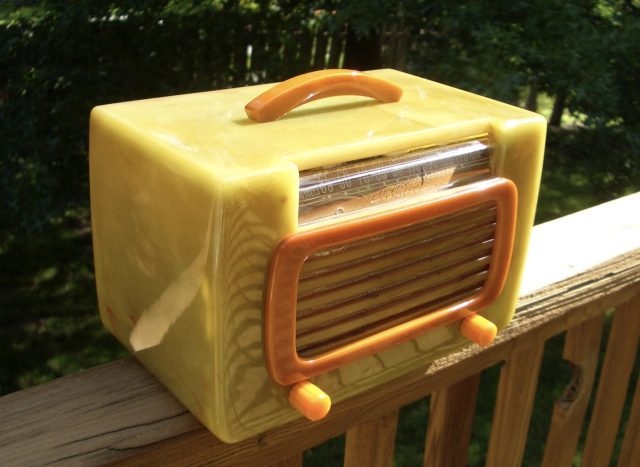 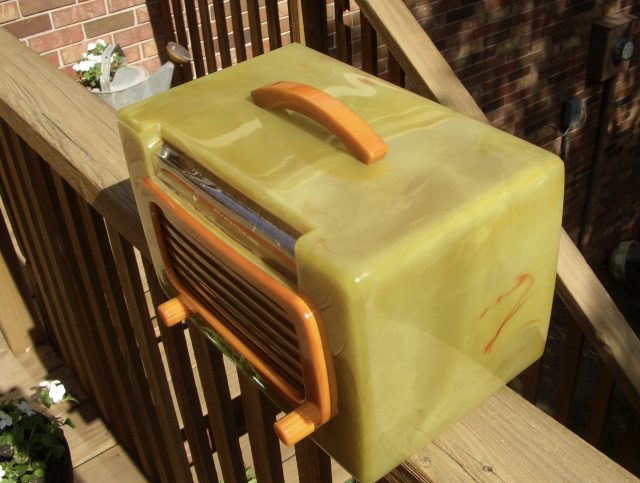 It’s a great radio, but it was a little nerve wracking to buy.  By the way, the seller should have simply sold it in one complete auction, because I got the radio at quite a bargain.  According to Sideli, the DeWald 561 cases came in three colors, Onyx, Maroon, or White (which turned to yellow, or what is often called butterscotch). 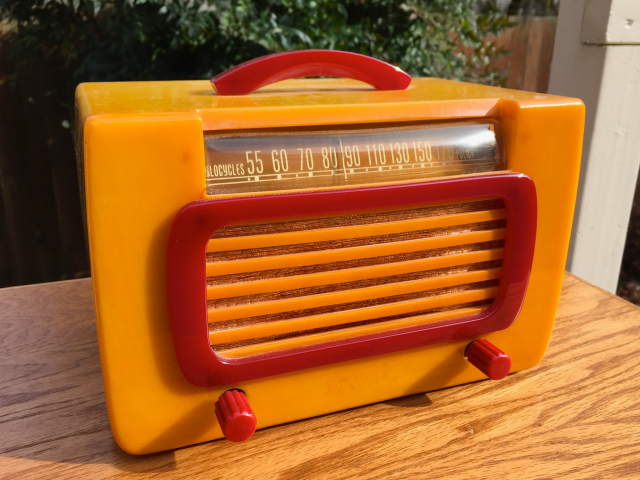 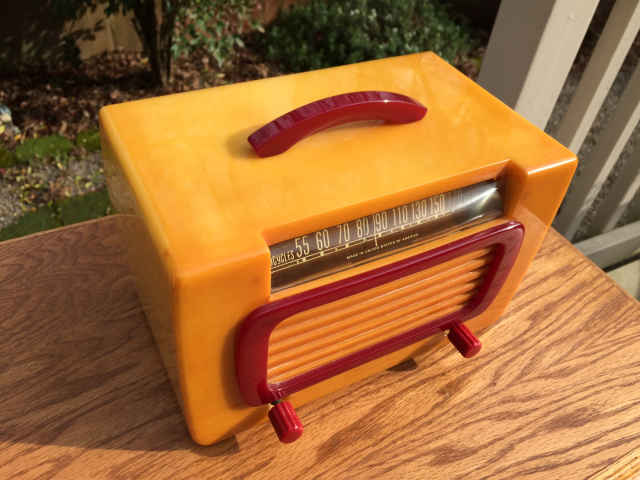 This is the only other 561 I owned.  It wasn’t as nice as the Onyx, but it’s still a model that isn’t found in every collection. 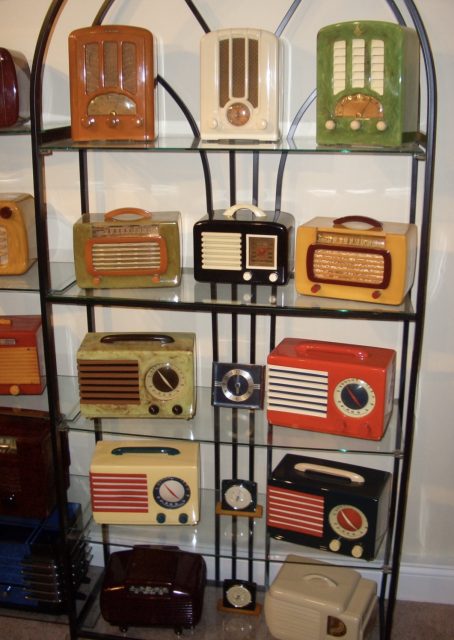 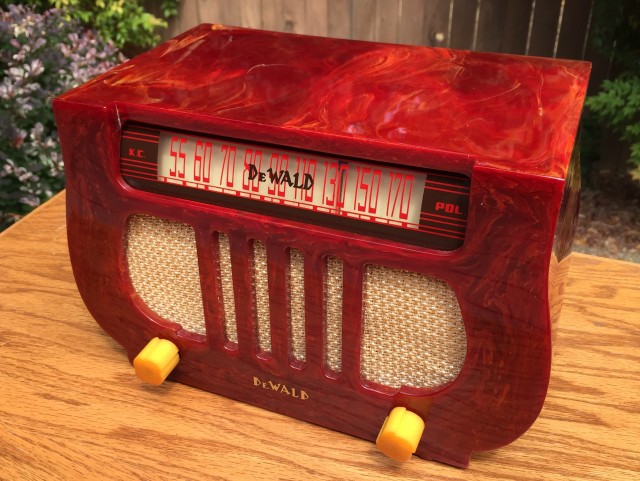 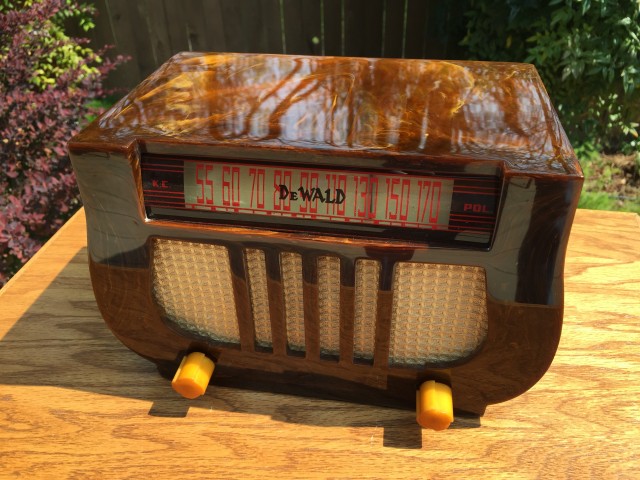 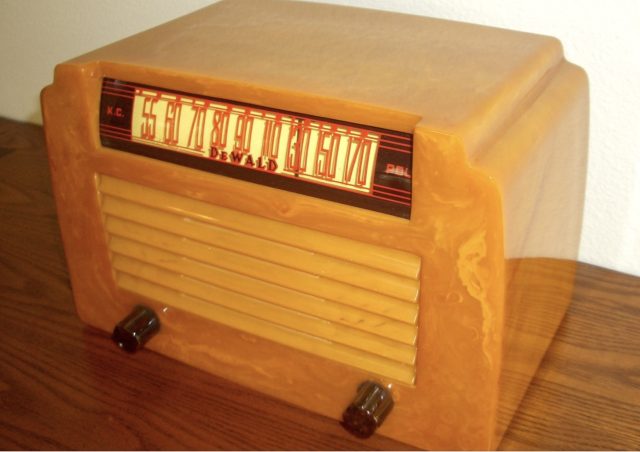