The 1933 Air King “Skyscraper” is so innovative and cool, it’s included as the first radio in John Sideli’s classic book on Catalin radios…even though it’s not Catalin! Some Air King Skyscrapers made of colorful Plaskon, like the four below, have gone for $40,000 to $50,000 each in auctions and private sales. 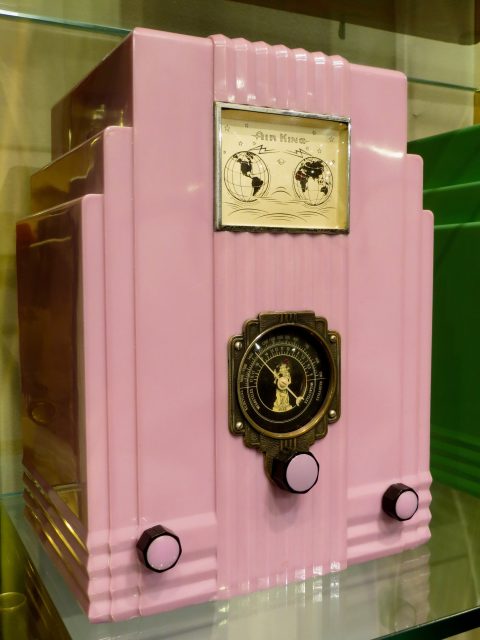 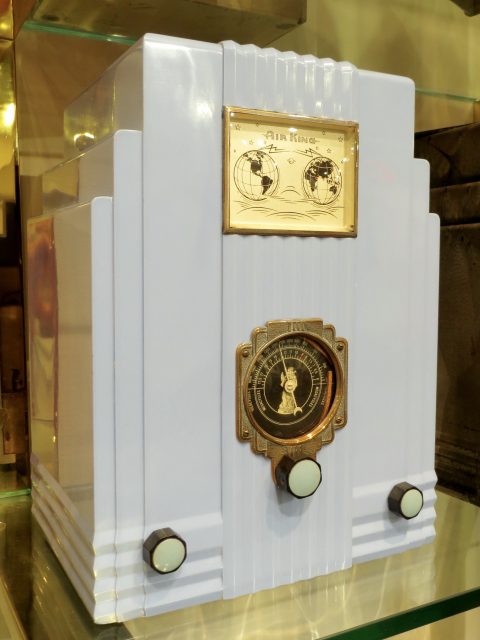 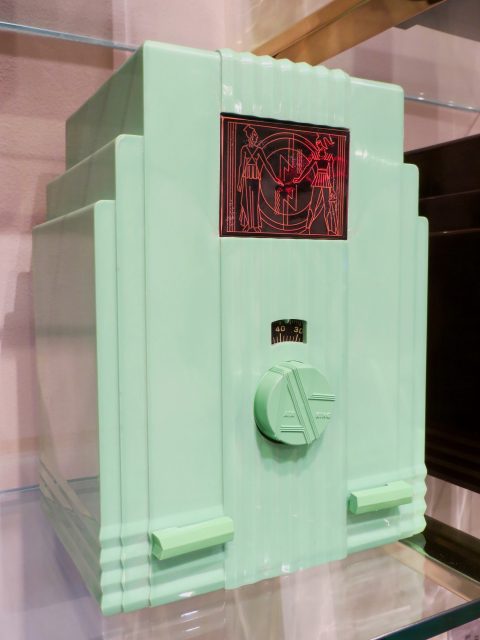 A dramatic example of the crystalline finish in black: 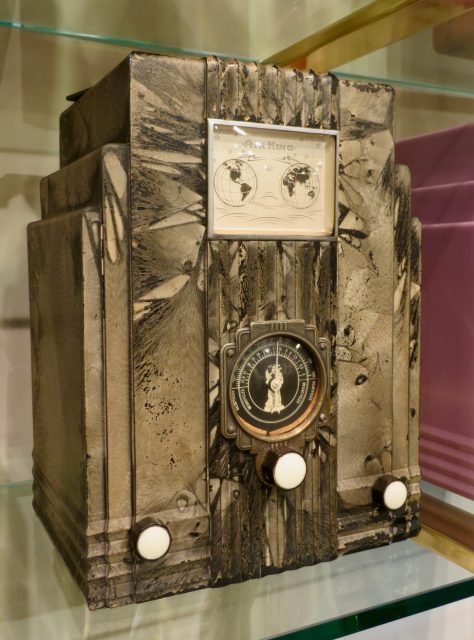 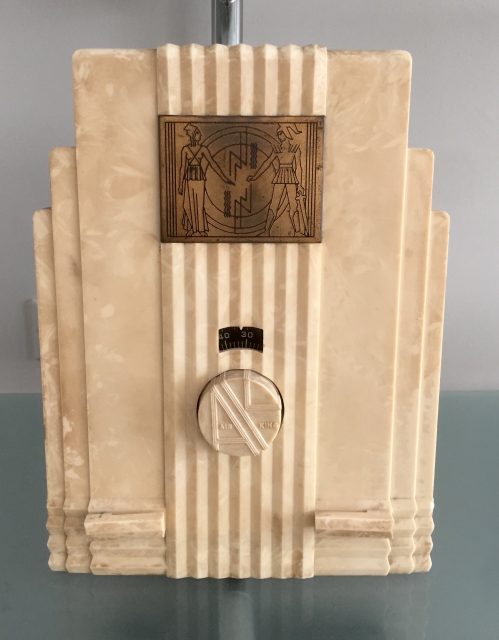 The crystalline finish is a smooth clear-coating that at times oxidized to show copper or gold tones.  Some collectors call it a “Flake Finish”. 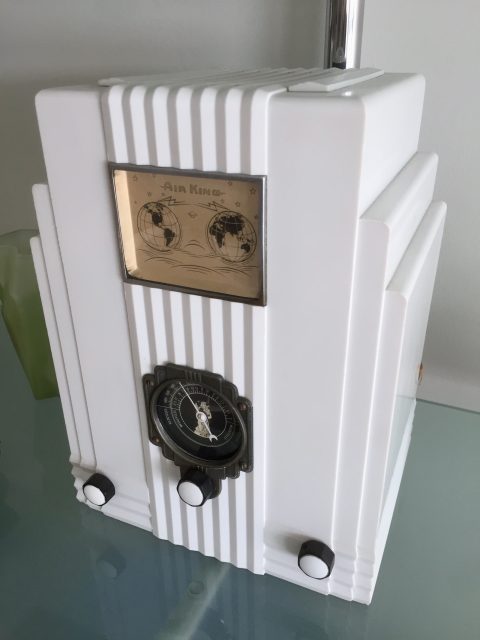 Here’s an elegant pure white.  Thanks to GR, a collector in Florida, for the two impressive examples above.

A close up of the speaker grille on top: 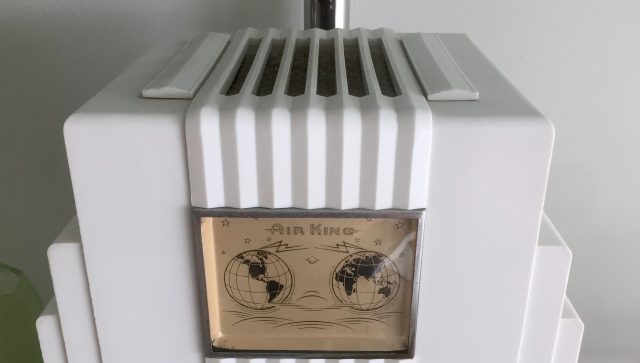 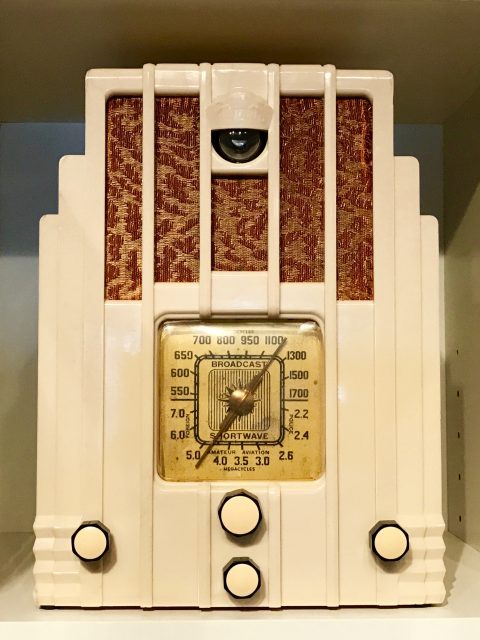 This is my one lonely Air King Skyscraper.  It’s the Model 770 from 1937.  Not as cool as the 1933 versions, but still a nice collectible radio.  The older models had the speaker grille on the top of the radio.  This model obviously has the speaker in the front, and has an added tuning eye.  Skyscrapers tend to look bigger in photos than in person.  They’re only about 12-inches high, 9-inches wide, and 7-inches deep, but according to Sideli, it was a major step forward to mold a plastic case of this size in 1933, when most radios were made of wood.  The design is by Harold Van Doren.  He had many excellent streamlined industrial designs in the 30’s, 40’s & 50’s, including the first two-door refrigerator.

Update 1:  Here’s a real find.  GR from Florida obtained this extremely rare green Air King 770 that was an export model.  This one was discovered in South America.