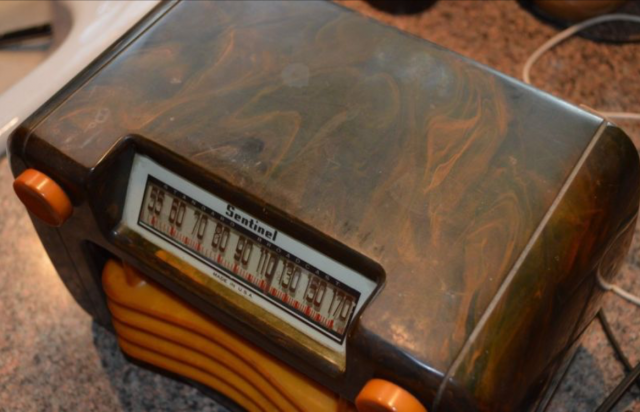 The purchaser of the Sentinel was friend & collector Ron Stoner of South Carolina.  Ron taught me a lot about radios when we both lived in Lincoln, Nebraska.  Ron sells a lot of radios, and he sold this one to another of my radio friends.

Hugh Hunt (and his wife Jane) bought it to add to their world class collection of Catalin radios.   They preferred that the Blue Sentinel be taken back to its original color.  Here’s a shot of the radio I took when my wife and I visited Hugh & Jane in Nebraska. Here’s the side-by-side comparison.  It hardly looks like the same radio.